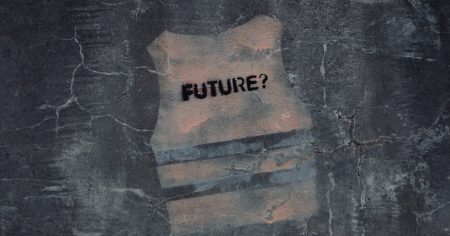 A  revealing final session of the “AusBiotech and Invest 2020” conference addressed the opportunities and risks for the Australian Biotechnology sector. A discussion between diverse industry experts painted an optimistic future for the industry as recent government policy movements have provided a golden opportunity for Australian Biotech to showcase its value. It was unanimously agreed that a key barrier for the success of the industry centred on the collective agreement on how to measure industry value.

Most recently, it was anticipated that a $1.8 billion reduction in investment was upon the industry, instead there was a $2 billion investment handed out through tax incentives; a backflip that surprised many industry leaders. The continued support reaffirms the government’s goals to be a global leader in medical research and has thus abolished investor uncertainty in the future of the industry. It now falls to industry to seize the opportunity and demonstrate the output of this government investment.

One of the initial challenges outlined by the panel was the need for the industry to have a universal agreement on shared goals. Currently, individual biotech companies’ goals vary greatly from one another, this was established to be a disadvantage. From an agreement on common goals, mechanisms of quantification could be developed which will display the achievement in these shared outcomes. Metrics could then be adopted in the industry’s narrative to convey causality between investment and output to substantiate to policymakers the value in developing Australia’s Biotechnology sector.

Quantifying value is dependant on a robust definition of commercial success, a standard that Australia’s industry is yet to decide upon. Should this definition be developed on the grounds of the amount of capital raised by a venture? One of the panel members argued that capital only enables a company to be successful but is not useful as a metric for success. Does academic output demonstrate the potential for commercial translation and success? Or potentially the political environment for a company to flourish perhaps even comparison of company performance in a global context should be the primary mechanism for defining success?

Following the discussion on the industry needing to agree on definitions and goals, Australian biotech’s access to the market was discussed. It was established that Australia is disadvantaged due to its geographical isolation and time zone from value chains. “In Boston, you’ve got your academic researcher, your laboratory, your investor and your pharmaceutical company all in one location” it was explained by one of the panel members, thus Australia could to better in ensuring the proximity to key development infrastructure. The isolation could be a hindrance in establishing new relationships and completing the commercialisation chain – this will be particularly present in the current environment when international travel is not possible. It was speculated it may be necessary to have permanent staff in other countries to develop these cross-national relationships with a personal element.

There are many barriers to Australian companies accessing global markets and this story has not been successfully conveyed to the government to ease this pressure. Although, it was also argued that it was a shame that the Australian industry was encouraged to concentrate commercial efforts overseas when it would be beneficial to Australia to keep it within national borders. It was suggested to overcome this – preferential regulatory pathways could be established with the Therapeutic Goods Administration (TGA) to incentivise Australian companies to begin on local soil before extending out globally. The Medical Research Future Fund is a mechanism in which the government aims to provide long term funding for Australian health and medical research and there was a discussion on the potential for politicisation of this program. It was countered that more effort in establishing value and metrics would facilitate the public’s trust in this program.